Accueil » To do, live and see » Hiking in Jonzac and Haute-Saintonge

There is no shortage of routes and places to discover either! Along the Gironde estuary, in the heart of the cognac vineyard or in the beautiful and large forest of the double, hiking trails dot the south of Charente Maritime. Follow the guide !

Consult, dowload or follow with GPS on this link – Use the free APP – LOOPI to have on your mobile phone

Small hikes in the countryside 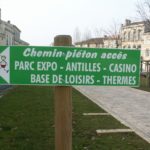 The Haute-Saintonge offers a topo-guide which brings together more than 30 marked trails. These itineraries are arranged in such a way as to allow you to discover the best of the heritage and the environment of towns and villages. On the program: Wine-growing hillsides, Romanesque churches, forests, the shores of the Gironde, a small country heritage, mills, traditional houses, interpretive trails and other landscape reading tables.

Walkers can thus practice the activity in peace thanks to the quality of the markings. They will also learn a lot about the villages and landscapes they pass through.

Particularly important on the sidelines of a spa treatment, the practice of gentle physical activity is possible around Jonzac. Indeed, thanks to routes accessible to all, a very low relief and easily adjustable lengths, everyone can find the route that suits them. 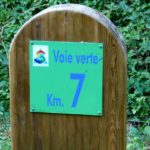 Some sections are common over several tens of kilometers and thus offer many ideas for walks. 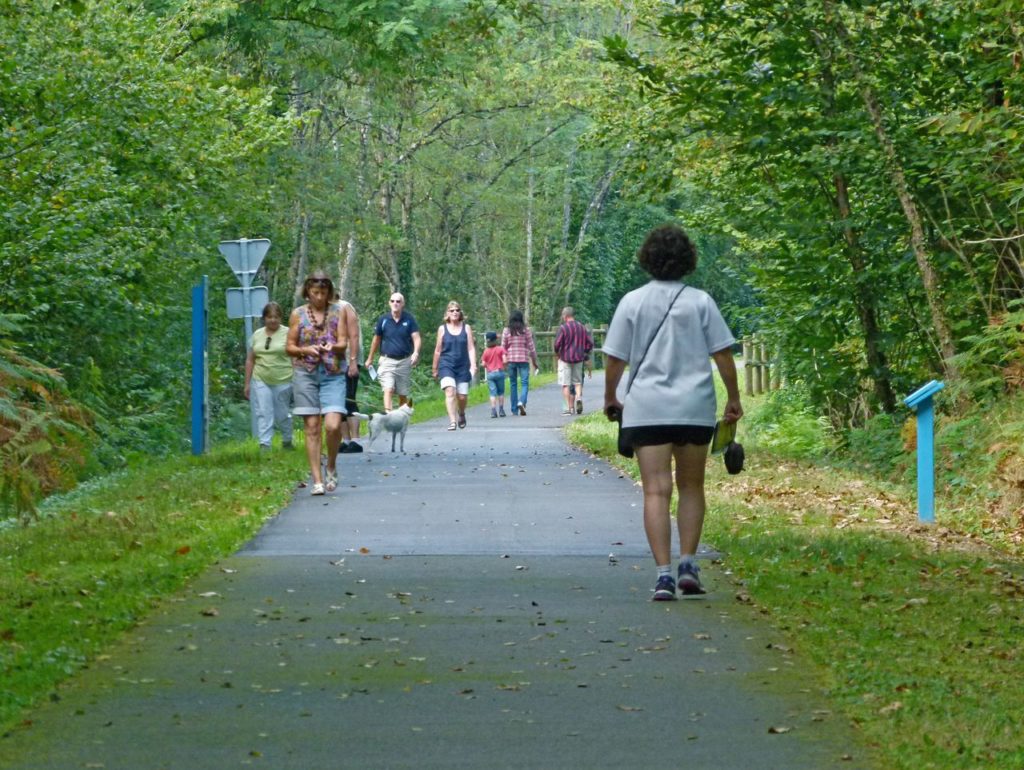 Laid out on a former railway line, the greenway links Barbezieux-Saint-Hilaire to the south of Haute-Saintonge for about fifty kilometers. Very pleasant thanks to its width, the shade offered, its facilities and the ease of walking, the Voie Verte is unanimous for walkers. Cyclists and rollerbladers also find a nice safe route with the family.

For around thirty kilometers, the Chemin de Saint Jacques crosses Haute Saintonge from the north of Pons towards the Gironde south of Mirambeau.

Pons is an absolutely unmissable stopover with a remarkable medieval heritage. The whole crosses the cognac vineyards and also offers many opportunities to discover Romanesque churches and small heritage of countries that have been preserved in recent years.

The other major routes

Initially designed for cycling, other routes are shared in good understanding between walkers and cyclists. Thus along the Gironde estuary, the Canal des 2 Mers offers extraordinary views of the largest estuary in Europe, to be discovered from the port of Vitrezay.

The “Flow Vélo” is fitted out along the Charente river. It crosses the north of Haute-Saintonge, making it a great place to walk … before attacking it on two wheels in the direction of Fort Boyard!