Accueil » To do, live and see » The castle and the monuments of Jonzac

Particular attention has been paid to the heritage of Jonzac. The picturesque alleys, squares and monuments of the city have been restored. Guided tours allow you to discover their history.

The Jonzac castle is the city’s symbol 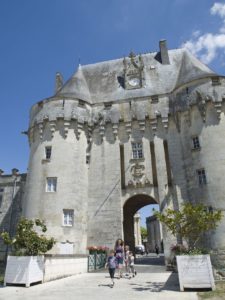 Installed on a rocky spur and magnificently overlooking the Seugne Valley, the structure withstood attacks from the Hundred Years’ War, Huguenots and slingers. The stronghold was transformed into a well-groomed seigniorial residence during the 17th century. The town council and sub prefecture officials have settled in the castle during the 19th century, still mindful of its state of preservation.

During a guided tour, you can discover the thousand-year-old history of the building and visit the municipal council chamber, the wedding hall where portraits of lords are displayed and the theater from the Napoleon III era. 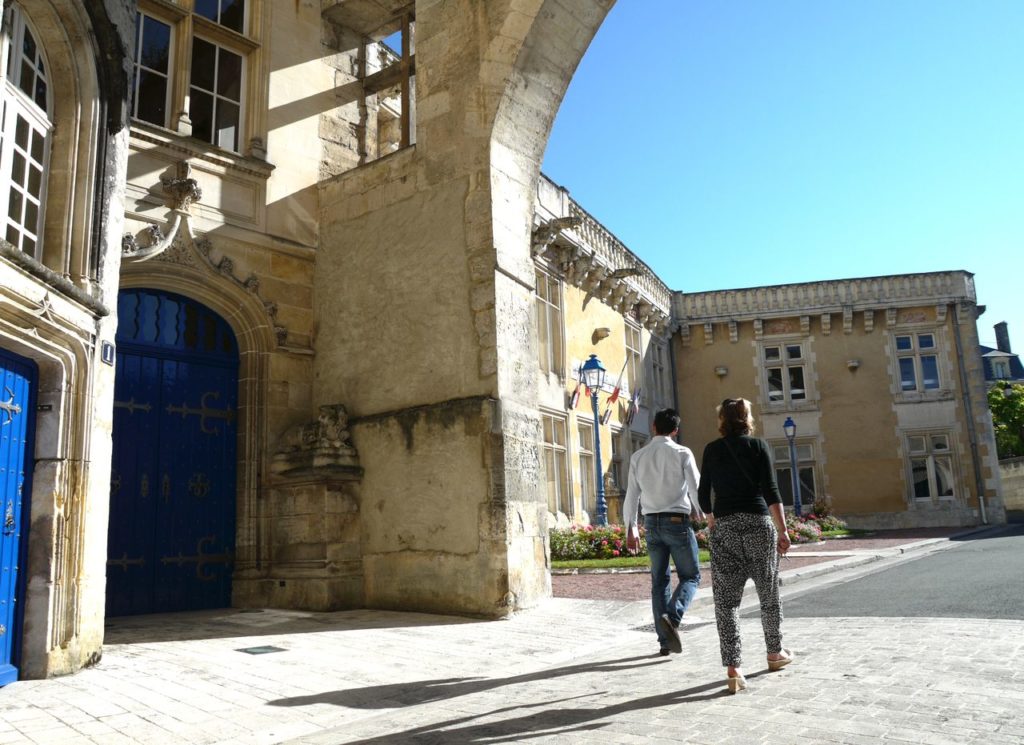 The historic city center is carefully managed by the municipality. The monuments, squares and alleys are restored and enhanced.

Renovated medieval streets (rue de Champagnac and rue du Chemin de Ronde), the city’s main squares such as the Place du Château or the Place des Carmes … Everything highlights the charm of the city.

The completely renovated castle square, the charming medieval streets, the Baltard-style covered market is one of the most remarkable in Charente-Maritime. Next to the market the Romanesque church and the scenography of the square which illustrates the presence of a Merovingian cemetery. In the western part of the city, the former Carmelite cloister is now the cultural center and hosts exhibitions and conferences. Nearby are the Ateliers de la Corderie where many craftsmen are present (pottery, stained glass, leather …)

The whole history of this heritage is presented during guided tours of the tourist office.

You can also discover these places outside of the guided tours. The Jonzac map is available at the Tourist Office and highlights them.

Consult the next guided tours on this link >